When does paying homage become plagiarism? Boostyourfilm looks at five famous films that are closely associated with others. 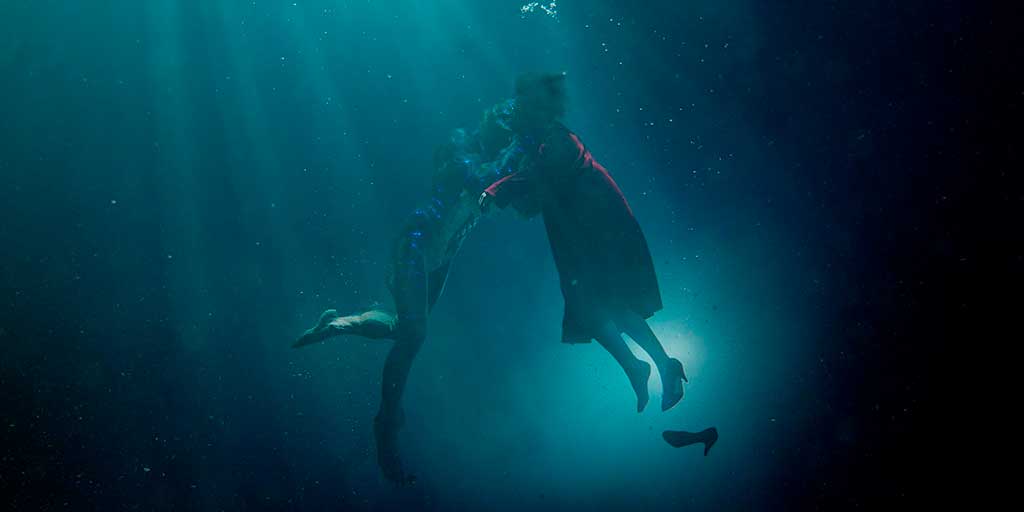 Imitation is said to be the best form of flattery. But when does this cross the line and become theft?

Quentin Tarantino famously told Empire magazine: “I steal from every single movie ever made. If my work has anything, it’s that I’m taking this from this and that from that and mixing them together.”

His critics might call this homage as, at least, he accepts that the sources of inspiration are often not his own.

The estate of the Pulitzer-winning playwright Paul Zindel might not agree. It has accused The Shape of Water director, Guillermo del Toro, of basing his Oscar-nominated film on a film called Let Me Hear You Whisper.

The Shape of Water and Let Me Hear You Whisper

The Plot: In The Shape of Water, a lonely janitor forms a unique relationship with an amphibious creature that is being held in captivity at a top-secret research facility.

While in Let Me Hear You Whisper, Helen is a newly engaged cleaning lady in a laboratory. She is particularly drawn to a creature and is shocked when she learns that, having failed to “talk” as hoped for, it is slated for dissection. She makes a desperate attempt to rescue the creature.

The website HollywoodNerd.com helpfully came up with a few similarities between the two pieces of work.

Del Toro is not the first director to have his ideas questioned.  Here are five well-known examples of films that were so similar they were too close to call:

The Terminator and Soldier

James Cameron’s Terminator is a blockbuster that came out in 1984. Made with a budget of $6.4m it took a whopping $78m at the box office. But the director has been dogged by allegations that he stole the idea for his movie.

Plot
In The Terminator, Arnold Schwarzenegger is a cyborg assassin disguised as a human. He travels from 2029 to 1984 to kill Sarah Connor (Linda Hamilton). Kyle Reese is also sent back in time to protect Sarah. She is targeted because an artificial intelligence system that will spark a nuclear holocaust knows that her unborn son will lead the fight against them.

Soldier: This episode of The Outer Limits aired in 1964. It’s the story of two soldiers who, in the midst of a battle, are transported back in time. One of the time travelers risks his life defending a family from earth from a killer who does not understand remorse, pity or reason. His only raison d’etre is to kill. Sound familiar?

There are also similarities between Terminator and another Outer Limits episode called Demon With a Glass Hand. If that were not enough, a writer called Sophia Stewart claims her book The Third Eye is the root of only The Terminator but also The Matrix.

The Lion King and Kimba the Lion

“I can say there is absolutely no inspiration from ‘Kimba,” the film’s animator Tom Sito said. While co-director Rob Minkoff said he was “not familiar with [the TV series]” in reference to the controversy.

But that not what critics thought after they saw Disney’s Lion King. Many remarked that there were many similarities in the character and events between the two films. There appeared to be scenes that were a direct copy from Kimba. Two hundred Japanese cartoonists and artists wrote a letter to Disney expressing their regret that the animation studio had not credited the Kimba author.

Both stories feature orphaned lion princes who lose their crown to an evil adult lion but eventually reclaim their title. The good lions are aided by a wise old baboon and a talkative bird. The evil lions get help from hyenas. Kimba’s enemy was a one-eyed lion called Claw, while Simba’s was named Scar. Coincidence?

Lockout and Escape from New York 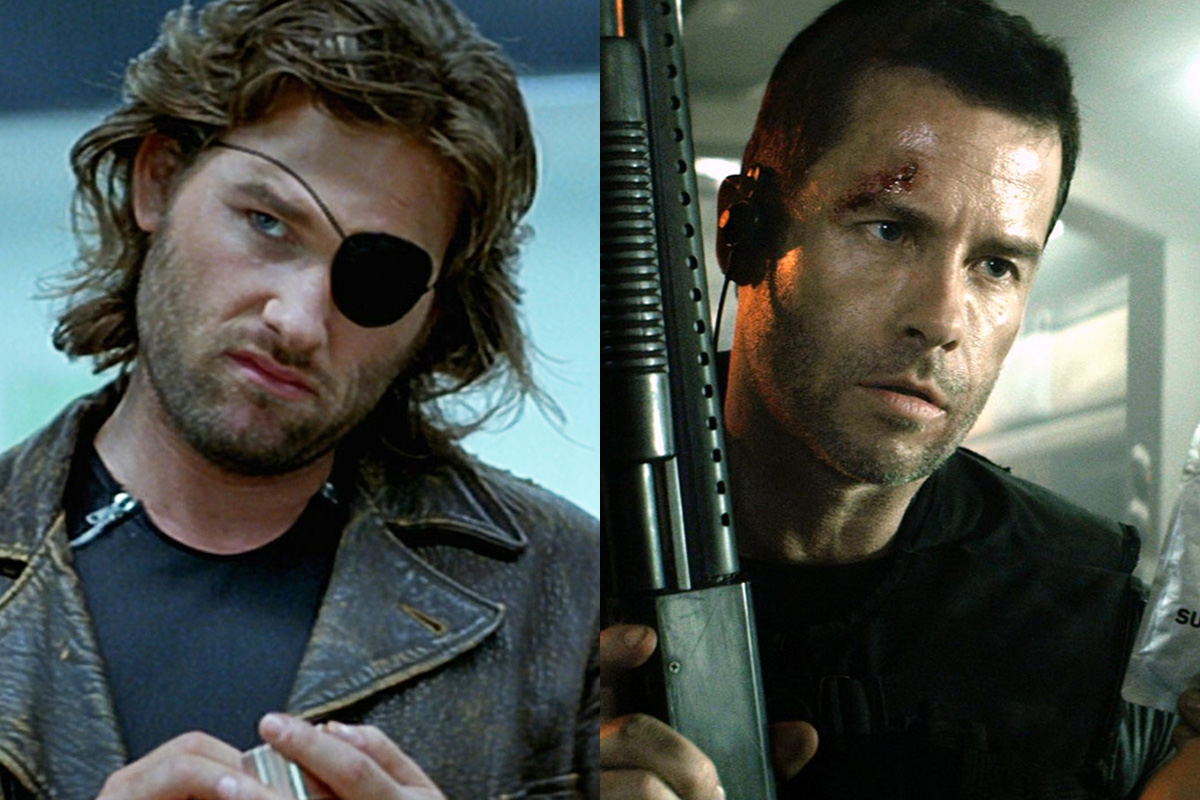 Luc Besson was forced to pay €500,000 to John Carpenter after a court ruled that the French director’s film Lockout had too many similarities with Escape from New York to be a coincidence.

The Plot: Escape from New York: The entire island of Manhattan has been converted into a giant maximum security prison. When Air Force One is hijacked and crashes into the island, the president is taken hostage by a group of inmates. Snake Plissken (Kurt Russell), a former Special Forces soldier turned criminal, is recruited to retrieve the president in exchange for his own freedom.

Lockout: A man wrongly convicted of conspiracy to commit espionage against the U.S. is offered his freedom if he can rescue the president’s daughter from an outer space prison taken over by violent inmates.

The similarities included the fact that each of the main characters “got into the prison by flying in a glider/space shuttle, had to confront inmates led by a chief with a strange right arm, found hugely important briefcases and meet a former sidekick who then dies.” Plus, at the end of both movies, our heroes each “keep secret documents recovered during their mission”.

Yojimbo and A Fistful of Dollars

Yojimbo: Akira Kurosawa’s Yojimbo is the story of a crafty ronin who comes to a town divided by two criminal gangs and decides to play them against each other to free the town.

Fistful of Dollars: Sergio Leone’s Fistful of Dollars is about a wandering gunfighter who plays two rival families against each other in a town torn apart by greed, pride, and revenge. Ring any bells?

Kurosawa is said to have said that Leone made a fine movie but he made my movie. Leone was sued and made an out-of-court settlement for 15 percent of worldwide receipts and $100,000.

The Secret of the Incas and Raiders of The Lost Ark 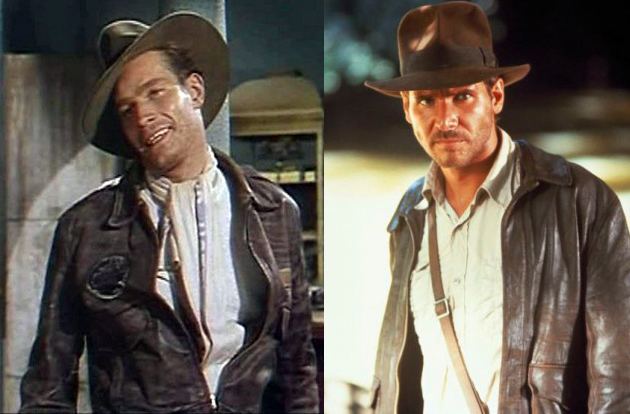 Plot
The Secret of the Incas: Harry Steele, played by Charlton Heston is a tourist guide in Peru. He plans to make his fortune by finding the Sunburst, an Inca treasure. He possesses an ancient carved stone which gives the location of the Sunburst but has no means to travel there. He is also menaced by his dubious associate Ed Morgan who wants the treasure for himself and tries to have Harry killed.

In Raiders of the Lost Ark, an archeology professor named Indiana Jones is venturing into the jungles of South America searching for a golden statue. Unfortunately, he sets off a deadly trap but miraculously escapes. Then, Jones hears from a museum curator named Marcus Brody about a biblical artifact called The Ark of the Covenant. Jones has to venture to places such as Nepal and Egypt to find this artifact. However, he will have to fight his enemy Rene Belloq and a band of Nazis in order to reach it. 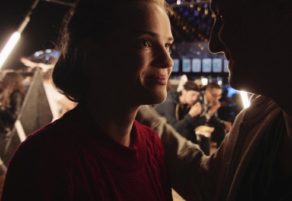 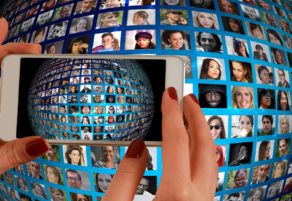