After the slowest summer Box Office in 16 years, the movie industry needs to start asking themselves where things are headed for the big studio system.

Viewers fatigued by CGI effects and overdone franchises made the 2017 summer a sad one for the Hollywood studios. Ticket sales decreased 10.8 percent this summer and almost 3 percent for the entire year. Only “It” brought a bit of hope for the Box Office.

Steven Soderbergh, no stranger to Hollywood’s modus operandi, released his most recent film,”Logan Lucky,” under his sole control without any studio involvement, therefore, disrupting the movie release process. The film which has grossed more than $35 million worldwide, with a budget of $29 million, raised money for its production by selling the distribution rights outside the United States, its marketing funds came from post-theater rights to streaming companies like Amazon.

Soderbergh who retired in 2013 frustrated with the movie industry, returned to the director’s chair with “Logan Lucky” a caper story about two brothers that intent to pull off a heist during the biggest NASCAR race in North Carolina. The director’s return was done on his terms and with total creative and economic control.

“I want movie studios to keep their grubby paws off my money. And I want complete control over how my films are marketed”, said Soderbergh. A significant element of departure from the traditional movie release system was the small amount Soderbergh spent on marketing “Logan Lucky”. In the major film studios, a wide release feature produces a bill of around $40 million just for marketing, later on, the studio collects a fee, around 15% of total ticket sales, deducting its expenses. Whats left goes to the owners of the film.  Meaning that the studios are pushing for sumptuous marketing budgets, even though they don’t need it, solely because it translates in a bigger fee.

“I understand why they resist new ideas,” explained the filmmaker of the Oceans 11 franchise, in an interview with The New York Times. “With so much money at stake, it’s hard to sit in that room and say, sure, let’s jump off a cliff and try a whole new approach.”

Another complaint is that is practically impossible to get studios to change their marketing techniques; it’s a well-oiled machine that parallels Ford’s assembly line. They don’t disrupt the system based on the adage that if it’s not broken why fix it. Except, in 2017 cracks are starting to show. Never before in entertainment history, there’s been so much quality choices for the viewers. The streaming platforms, as well as the, crave for directors and actors to breakout from the studio hold is starting to question the status quo in Tinseltown.

MoviePass gives a headache to AMC

A move, that has also made studio heads and distributors tremble in their Armani suits is the new subscription plan launched on August 15 by MoviePass, the movie ticket company where subscribers for $10 a month can have a ticket daily. AMC, the United States largest cinema chain, released a statement saying that is currently looking for ways to block subscribers from using the MoviePass app to buy tickets to its theaters. AMC has also claimed that the MoviePass strategy is hurtful for the film industry, moviegoers, moviemakers and for MoviePass itself.

Some claimed that AMC’s outrage comes from the fact they too were about to launch a subscription plan similar to MoviePass.

MoviePass current CEO, Mitch Lowe, co-founder of Netflix might not agree with AMC declarations after the plan received up to 400,000 subscribers last week. The subscription program claims that they are buying full price theater tickets from exhibitors, hence operating at a loss, but expecting to gain enough followers to cover the price gap and make a profit.

“A subscription program is a plus for the industry, the exhibitors are getting paid full price for the MoviePass-goers. That customer is now walking into the theater with extra money in their pocket that they’ll presumably then spend at the concession counter, which is a high margin for the exhibitors,” mentioned B. Riley & Co. analyst Eric Wold in an article for The New York Post. 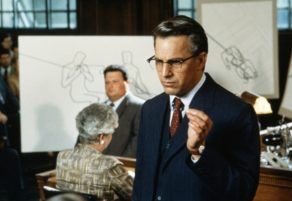 How a movie helped released the JFK files