Netflix poll finds that users miss bus stops, stream at work and catch up on their favourite programmes while on the bog

Netflix has released some of the murky secrets of its subscribers. It seems that many like to watch films in public toilets.

To get a closer look at the behaviour of its users, the streaming service took a snapshot poll of 37,000 subscribers around the world. And it found that  “netflixing” in public places has become a new norm.

Sixty seven per cent of respondents look at content in public. The most common places are airports and on public transport. Twenty-six per cent admitted to viewing content at work, even during working time. The study found that it was mainly Americans who stream during their working time, in other countries, breaks and travel times were preferred.

Respondents were not shy. Seven percent of users around the world say they watch content in public toilets. Seventeen per cent admit to missing bus stops while being absorbed in a programme while one-in-ten encountered a spoiler after watching another person’s screen.

Wired : “‘Netflixing in Public’—the act of watching Netflix out in the world, not to be confused with ‘Netflix and chill’—is officially a thing.” – Full article 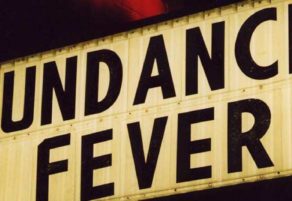 French digital channels to get cash to make films