As long as there is storytelling there will be Independent film, says Eduardo Carneros.

The producer and production manager, known for Timecrimes (2007), Las Acacias (2011) and 7:35 in the Morning (2003) was responding to comments by British documentary maker Nick Broomfield who said the independent feature film is really almost extinct.

“Independent producers are essential,” he said. “They are the main engines when it comes to nursing a project and taking it to the audience. They are the ones who bring good stories, talent and directors to the market.”

A good example is Laszlo Nemes’ bid to bring Son of Saul to the audience. The Hungarian-born director wanted to tell a story about a prisoner during the Holocaust who was forced to burn the corpses of his own people and who tries to salvage from the flames the body of a boy he takes for his son.

When Nemes eventually secured funding he made the film in 28 days. It cost $1.6m but took $9.6m at the box office, six times its production costs.

Son of Saul won a host of awards including Oscar for Best Foreign Language film and was Grand Prix winner at Cannes. 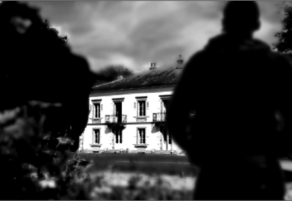